I always try and fill my year seeing as many artists live as possible and attend at least one festival. This weekend I’m actually flying to Dublin to see one of my favourite bands (keep an eye out for the blog post!) and thought I would share some of my favourite live performances I’ve seen…

They were probably the act I was least bothered about seeing at Leeds Festival last year, but I ended up watching them on Main Stage while we had time to kill. It was probably one of the visually strangest performances I have seen – ghosts (or at least I think that was what they were!) and Pikachu made an appearance. That being said, I loved it – every strange, high-pitched moment! I immediately downloaded their songs once I was back home.

Haim will always be one of my favourite bands, and I can’t wait to see them at this years Leeds Festival after they cancelled their performance last year, so the first time I saw them live was guaranteed to be one of my favourites! I’m convinced I was born into the wrong family and am actually a Haim sister…

If you’ve read my “Get to Know Me” blog post, you will know that I would advise everybody to see The 1975 live at least once – even if it’s for five minutes during a festival. Their lighting displays are incredible (and award winning), I would happily sit there and just watch the lights displayed with their album – no live performance needed! The fact that this performance was showcased alongside, not only the band but also by the BBC Philharmonic Orchestra was honestly incredible. My friend and I left the show in complete awe, truly believing that we had witnessed one of the performances of our generation. My only (very slight) problem was that I couldn’t see the lighting desk! Working in the Events Industry makes me so much more aware of what goes into an event, and sadly I really enjoy watching the lighting guy make his changes during gigs. Of course, I only watch for a short time! 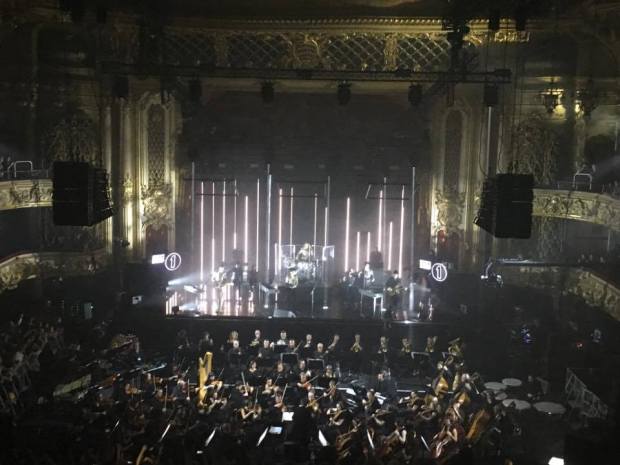 I saw Years & Years as a last minute decision, taking the ticket of one someone who couldn’t go, when they supported Sam Smith on his tour (who was also incredible). Seeing them live only escalated my love for their music. There wasn’t any production elements that took away from the songs, just the band and their instruments. I also had the pleasure of watching their sound check when I worked for Vevo in 2015. As you would expect, a lot more lighting was used for this performance.

This was another performance that I was lucky enough to witness while working behind the scenes. I was able to watch it from side of stage, whilst trying not to step on any wires – being forever known as the girl who shutdown Avicci’s headline performance would not be a good look! It was mind-blowing to see how many people were in awe and completely loving seeing him live.